The Battle of Ridgefield...

Late morning last Sunday we headed over to Ridgefield, CT for a re-enactment of the Revolutionary War Battle of Ridgefield. The 'living history keepers' made an encampment early in the morning and by afternoon hiked over to the park for 'the battle.' There were quite a few people there. 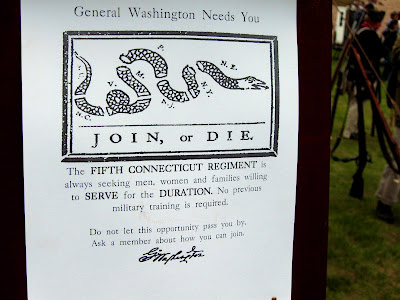 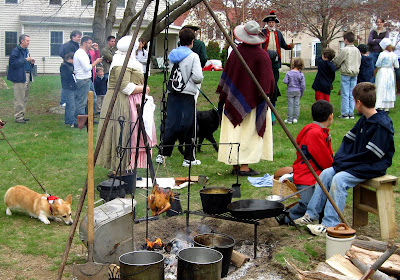 My kindred spirit friends will recognize the reflector oven or
'tin kitchen' as Tasha Tudor would say. Notice that the musket
training did not interest Stella. In true Corgi style, she is following
her nose straight to the chicken. Hmmm... perhaps there is some
tracking in her future?

Here we have some Loyalists and Redcoats, Militia and Patriots.... 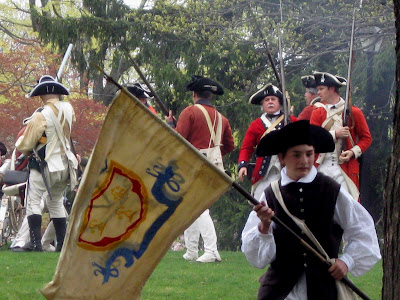 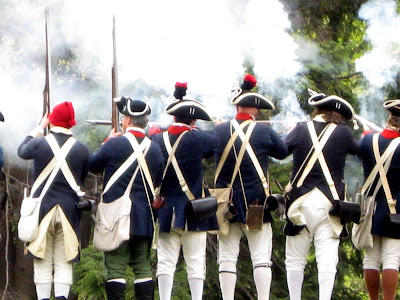 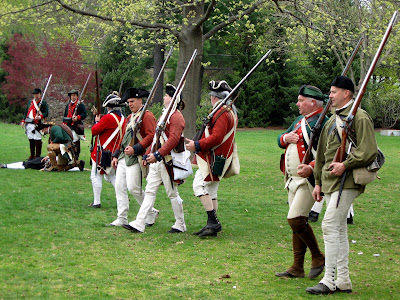 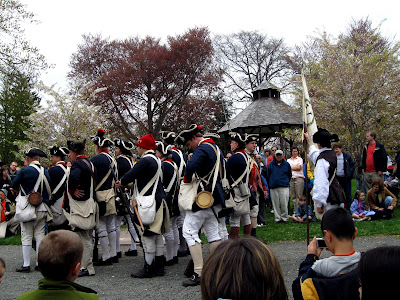 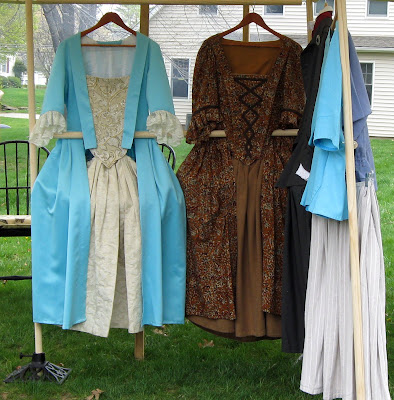 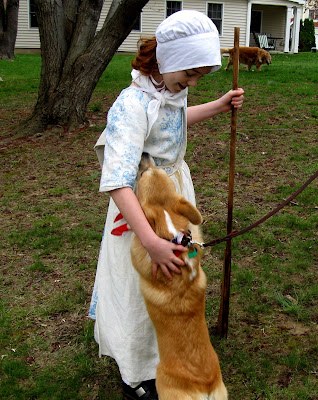 Stella making friends....for who could resist a Corgi's charms? -CS ^..^

Posted by Cathy Santarsiero, "The Christmas Corgi" at 11:47 PM

Stella's too funny! If Bryson's there, they could probably be found at the same place (with the chicken). :)

I've been wanting to write about your and Tasha Tudor in my blog, before you even mentioned her, I can totally see you as a modern-day Tasha Tudor! I'd love to hear more about how you started doing corgi arts and how/if Tasha Tudor influenced you. I just loooove her Corgiville books and your corgi art!