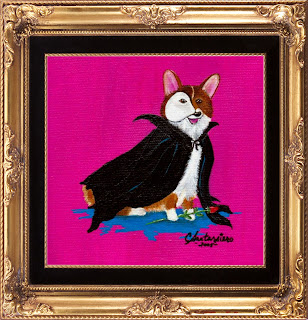 My daughter Laura (17) is such a bibliophage and bibliophile; so much so that she reminds me of Belle in Disney's Beauty and the Beast or Jo in Little Women. She reads and writes, writes and reads. She is rarely without a book in her hand. She rarely asks for anything, and trying to find out what she might like for a birthday or for a Christmas present is like pulling teeth and family and friends tend to give her gift cards to favorite book stores. She really likes that. If you go to the library or a book shop with Laura, you'd better mark out a few hours because it is nearly impossible to get her to leave. Ask Mary Elizabeth...she's accompanied Laura and I on book store days. Unless she's on a 'mission' (ie: knows exactly which book she came in to get) then one needs to plan accordingly. So during the weeks before Christmas, as I was wrapping gifts, every day or so I'd ask Laura what she might like for Christmas. "I don't know, I could use a new pair of jeans," I finally coaxed out of her one day. What enthusiasm. It was like her saying, 'I could use a new toothbrush, and by the way, we are out of shampoo.' I told her that I read on someones blog (I WISH I could recall who because I love the idea) that for Christmas, they do "something you want, something you need, something to wear and something to read." She really liked that idea, especially (you guessed it) the something you read part. Well, I picked up a really nice pair of Donna Karan jeans for her; a few books, and a game. Suddenly out of the blue, 2 days before Christmas she blurted out, "You know what I'd really like for Christmas? To see Phantom of the Opera on Broadway. Oh, I know it is too late but that would have been really fun." We both love the 2004 movie with Gerard Butler (oooh la la) as the Phantom, Emmy Rossum as Christine, Minnie Driver as the prima donna Carlotta and Patrick Wilson as Raoul. Her Grandparents bought the soundtrack from the movie for her for Christmas because we wore out the first one in my car, but that is another story!
Gulp. Two days before Christmas. I made a discreet phone call to a secret amazing friend who was able to get us 3 tickets, awesome 4Th row center seats, right beneath the famous grand chandelier which crashes down during the performance. Being so close to Christmas we thought it best to leave them at the 'will call' window at the theater. But what to put under the tree to announce the big surprise? Amazingly, on Christmas morning there was a mysterious invitation for Laura with the Phantom's mask on the front. It read 'Dear Laura, The honor of your presence is requested this Saturday at the Majestic Theater. Love, O.G. p.s. please be sure not to sit in Box 5 " So on Saturday, the Mister, Laura and I went to see the show. It was really fun.

“Phantom,” based on a French novel by Gaston Leroux, is the longest-running Broadway show in history. I understand that Andrew Lloyd Webber has the sequel in the works to open at the end of 2009 on Broadway, London and maybe Shanghai? It is called, "Phantom: Love Never Dies." Apparently it is to be set on Brooklyn's Coney Island and will take place 10 years after the original. I'm sure it will be something to see. Andrew Lloyd Webber, how can it be bad, right?

Now, completely off the subject, but you have to see this lovely short video sent to me by Karen Mowry. It is about a dog named Bella and an elephant named Tarry in an elephant sanctuary in Tennessee. Well, maybe not completely off the subject. It is about two glorious creatures loving each other in spite of their vast differences. You just have to watch it! Seriously. Click here.

Have a happy day my little Corgettes! (What do you mean you don't know who O.G. is? tsk tsk...rent the movie!) xo Cat ^..^
Posted by Cathy Santarsiero, "The Christmas Corgi" at 2:01 PM

What a wonderful gift! And a lovely memory for all of you. I love Phantom and can't wait to see the sequel!

I can imagine how happy your daughter was~
When my beloved girl child graduated from high school, we got tickets to see Phantom in downtown Chicago in a beautiful theatre. Luckily it was a bus trip there, with added ammenities, so I didn't have to drive in the big city. I've always been a small town gal.
Anyway...it was an experience, that neither one of us will ever forget. She's since graduated from college, and got her master's at Duke. So!! time marches on, but the memories remain.

what a great gift! I'm sure you/your daughter had a great time going!! so glad you could pull it off too; that alone was worth the joy of watching her open the card on Christmas morn!

I have seen that video with Tarra/Bella; isn't that sweet???

corgettes! what a cute term

Laura sounds just like my daughter. Now in her 20s she has collected 100s of books and methodically lists all she reads (with comments). Her dream job would be a librarian researching old books and manuscripts! I thinks its wonderful that there are still young people who cherish books. I'm so pleased Laura's 'Pantom' dream came true. Keep reading Laura, don't ever change.

I love that she loves to read. What a wonderful gift!

OH...so cool, Kathy! What a wonderful gift. I am a reader myself, so I know just how it is for your daughter to go into a bookstore....it is hard to leave.

Hi Cathy,
I loved your Christmas gift story. Warm and magical. And the elephant sanctuary story is heart-warming. Since I live in TN, I am familiar with the sanctuary and I'm so glad for the work they do. Thanks for joining my blog so I could find you!

You are such a fabulous mother. And she sounds like a delightful girl... my kind of lady. :)

Cathy what a wonderful Mom you are, and what a special gift and memory-I had tears in my eyes as I read it. I love the elephant video I was sent it a couple of days ago-we could learn alot from them.
Thank you as always!
PS the corgi shirts for my girls on xmas were a big hit! I still have to get you a photo-oh and the calendar-LOVE IT!!!!!!! XO Lorie

That sounds like a great gift!! Thank you for the holiday wishes the same to you! Just have to say how much I love your blog!

Oh what a perfect Christmas gift. The wonderful memory Laura will carry. Such a perfect gift. xoxox Clarice

What a great surprise for your daughter! I also remember the chandelier when I saw Phantom a few years ago, definitely one of the highlights of the show. Wonder how they're gonna top that in the sequel... ;)