Where are my sewing mice and sweeping bunnies? 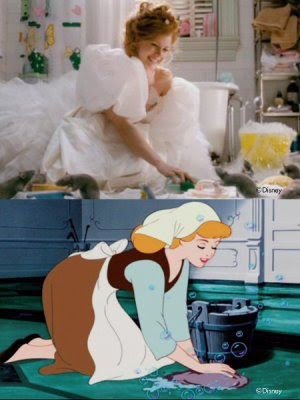 Last night we watched Disney's 'Enchanted.' Even John liked it. I won't spoil it for you if you have yet to see it, but I will tell you there is a Princess. Of course if there is a Disney Princess, you just know there will be enchanted woodland creatures. Giselle (the Princess-to-be played by Amy Adams) summons the woodland....er...um.....sewer critters of NYC to help her tidy up the apartment for new lawyer friend (played by McDreamy Patrick Dempsey.) Suddenly, it hit me! Why must I spend so much time cleaning when I am out-numbered by animals right here? Surely if a little singing summoned the mice and birds and bunnies for Giselle and Cinderella and Snow White, what could I accomplish with a posse of Corgis, cats and chickens? Inspired by Suzanne's cleaning blitz post, I put on my fancy red vintage apron given to me by LaVonne, and stood in the middle of the kitchen and started to sing. 'Ah ah ah ah ah.....ah ah ah ah ah!' Nothing. No rabbits. No birds. Not even one little mouse. The Corgis put their heads up for a minute. Indy cocked his head with that quizzical Corgi look (I know you know that look.) Again I tried, 'Ah ah ah ah ah.' Bridget let out a loud Corgi 'aroooooooooo!' And some of the neighborhood dogs began to howl. Stella and Amy covered their ears. Bailey yawned. The cats ran. And yet, not one of them picked up a rag or a sewing needle. Sigh. Oh well. So much for teaching old dogs new tricks. -CS ^..^ 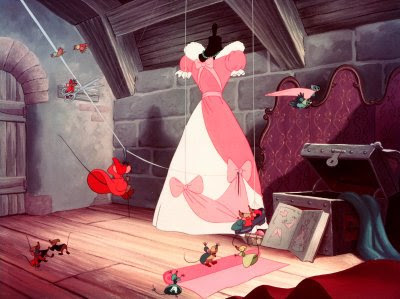 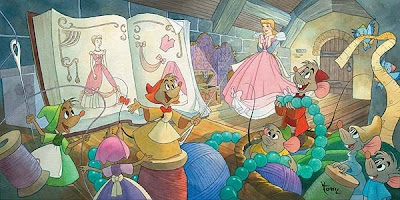 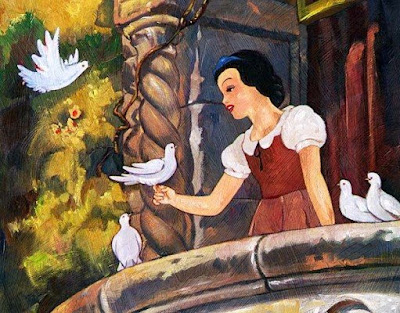 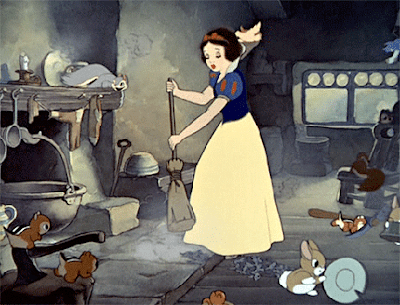 You crack me up! If you ever get a corgi to clean pass the secret to me over here..LOL!